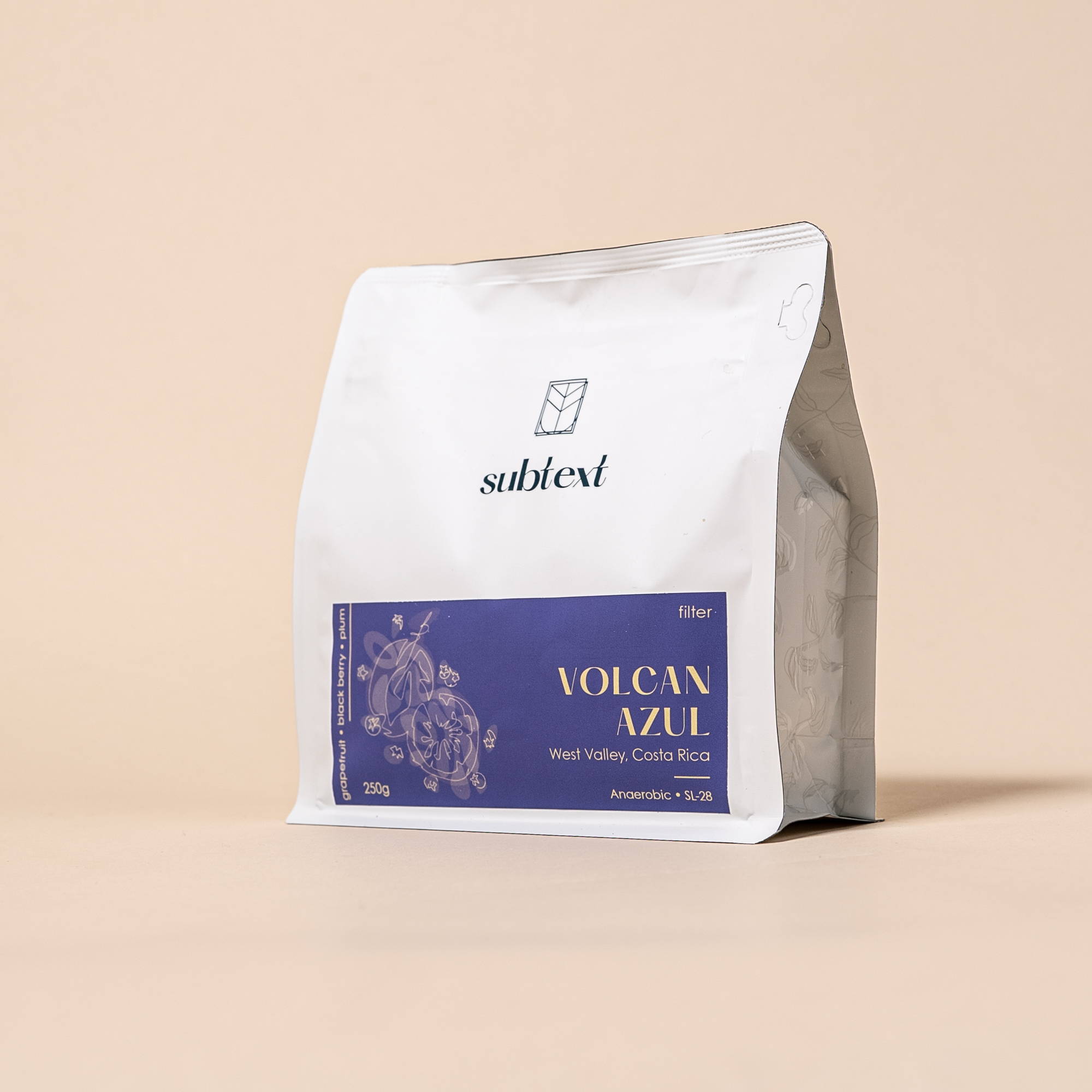 This anaerobically processed SL-28 variety from our friends at Volcán Azul in West Valley, Costa Rica is super-expressive and loud. Deep, jammy blackberry is accentuated by punchy grapefruit, and preserved plums. 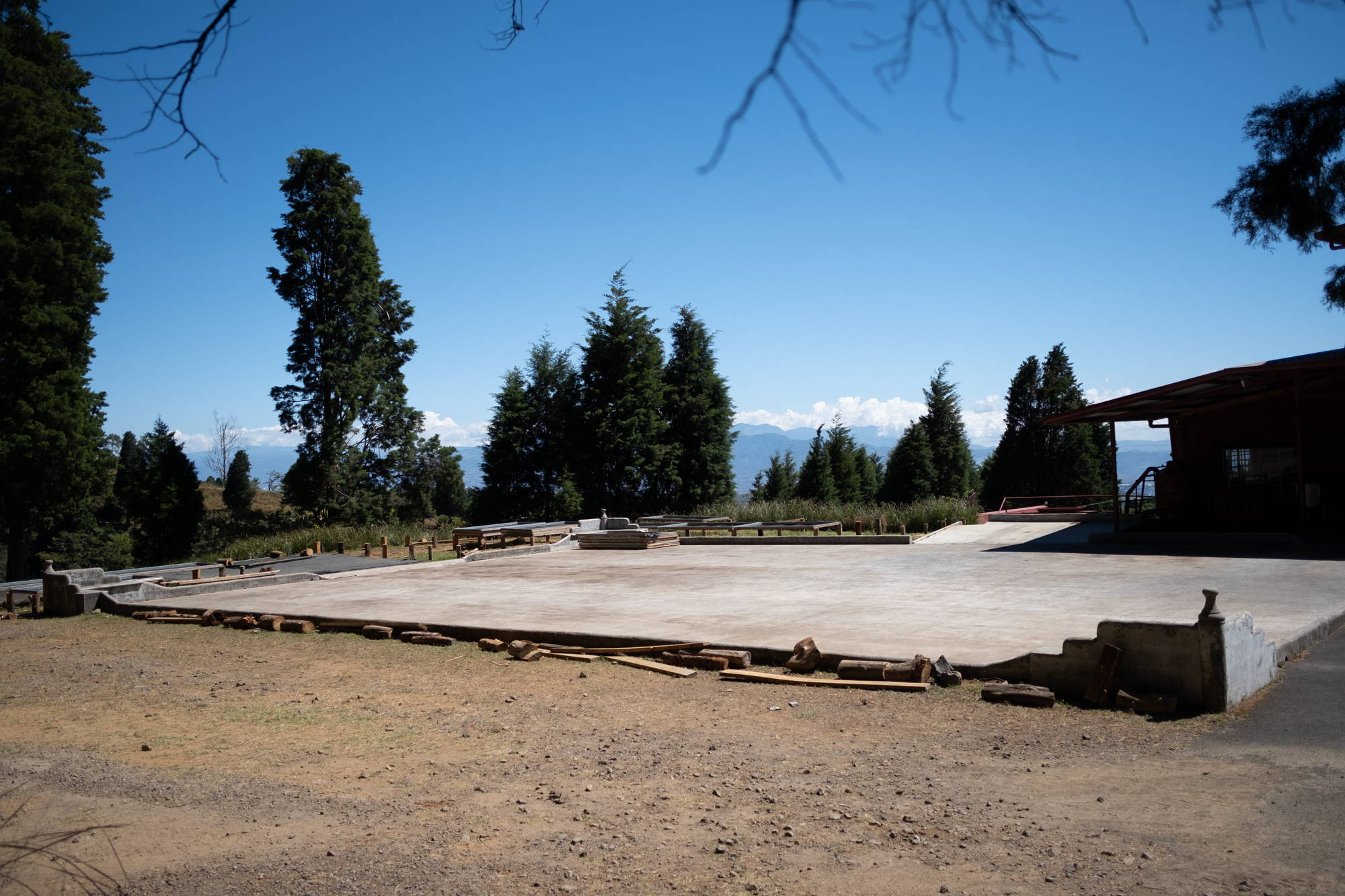 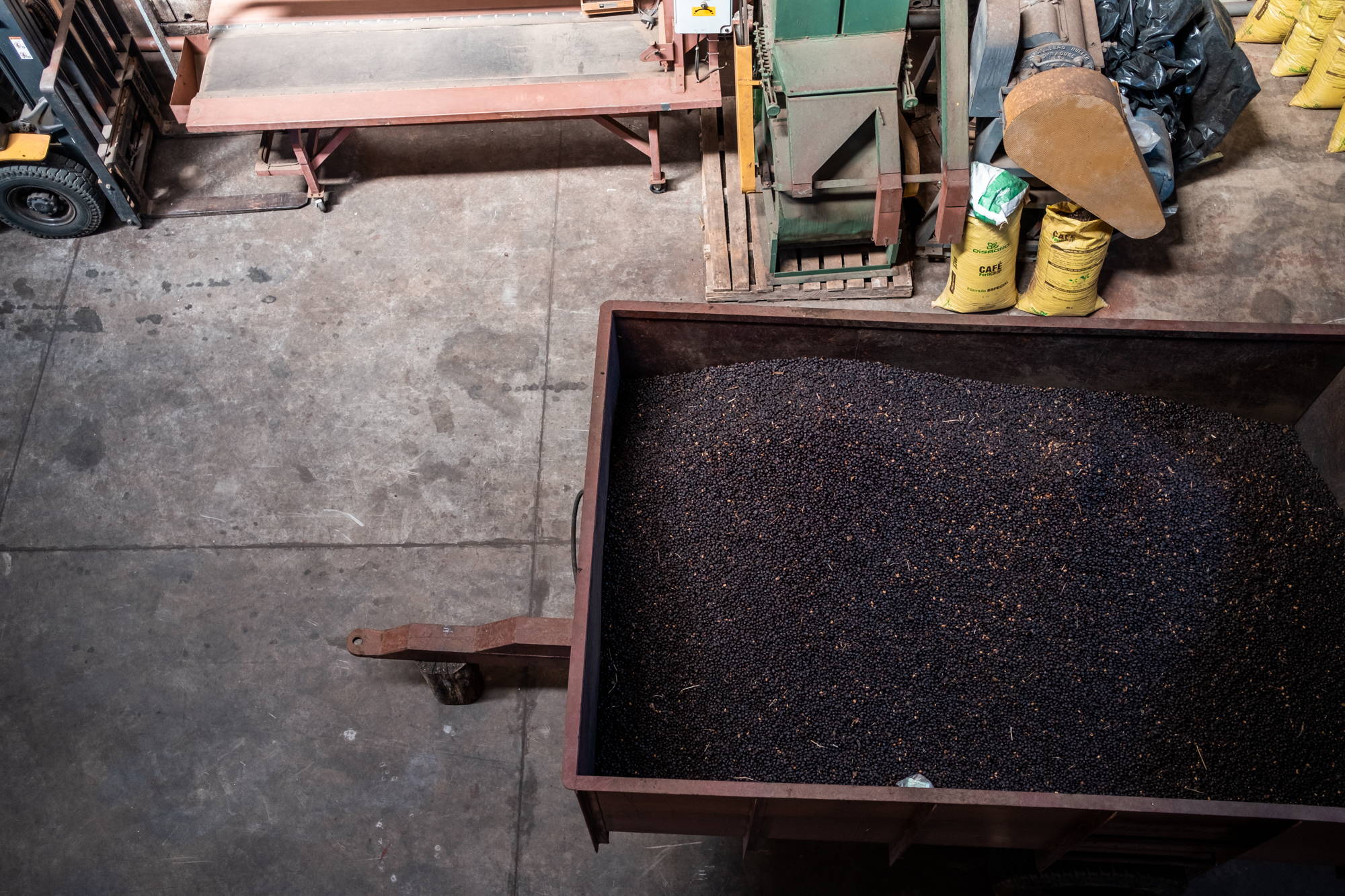 The Castro-Kahle family began producing coffee in the early days of the 19th century. All these years later, the family continues to produce coffee in three different volcanic regions in Costa Rica. At Volcán Azul, a wide and ever growing selection of varieties are planted. VA pushes boundaries of quality and experimentation by continusouly refining the various processing methods used on the farm; creating many distinct varietal expressions. All of this done with an eye towards environmental stewardship. Over the years, the Castro-Kahle family has acquired over 1,500 hectares of Costa Rican rainforest for ecological protection.

About 25% of the coffee grown in Costa Rica comes from the West Valley region. Elevations here range from 900-1600+ masl, and the region is blessed with a variety of micro-climates suitable for coffee production. A substantial portion of the country's Cup of Excellence winners come out of the West Valley.

​​SL-28 is one of the best known and highly sought after varieties in Kenya. It was originally slected in the 1930s by the Scott Laboratories. It is well regarded for its high quality potential, its resistance to draught as well as its rusticity, meaning that it can survive on its own for years and later be brought back into production. Unfortunately, it is highly susceptible to coffee diseases. As such, we see less and less single variety SL from Kenya year after year as farmers naturally choose to rely more on disease resistant hybrids. At the same time, SL-28 it has made its away to Latin America, most notably Costa Rica.

Coffee is picked and then sorted for defects. The cherry is fermented for five days inside a sealed, oxygen-free tank with only indigenous yeast. During this process, the temperature and ph are closely monitored. After being removed from the tanks, the coffee is sun-dried for 10 days and then finished in a mechanical dryer for 27 hours.