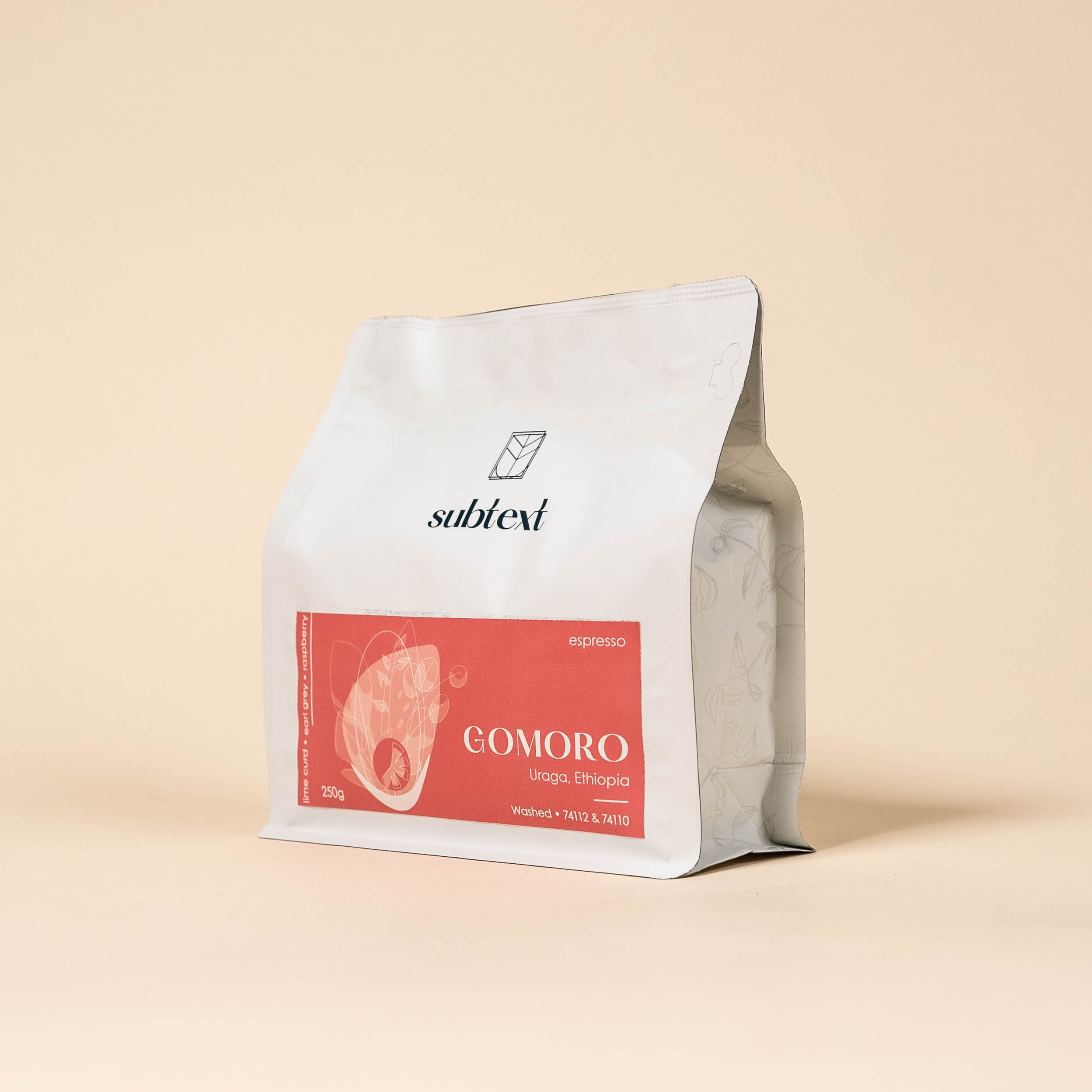 This washed selection of landraces from around the kebele of Gomoro in Uraga shows super concentrated and sweet notes of peach and apricot, along with lime curd and bergamot 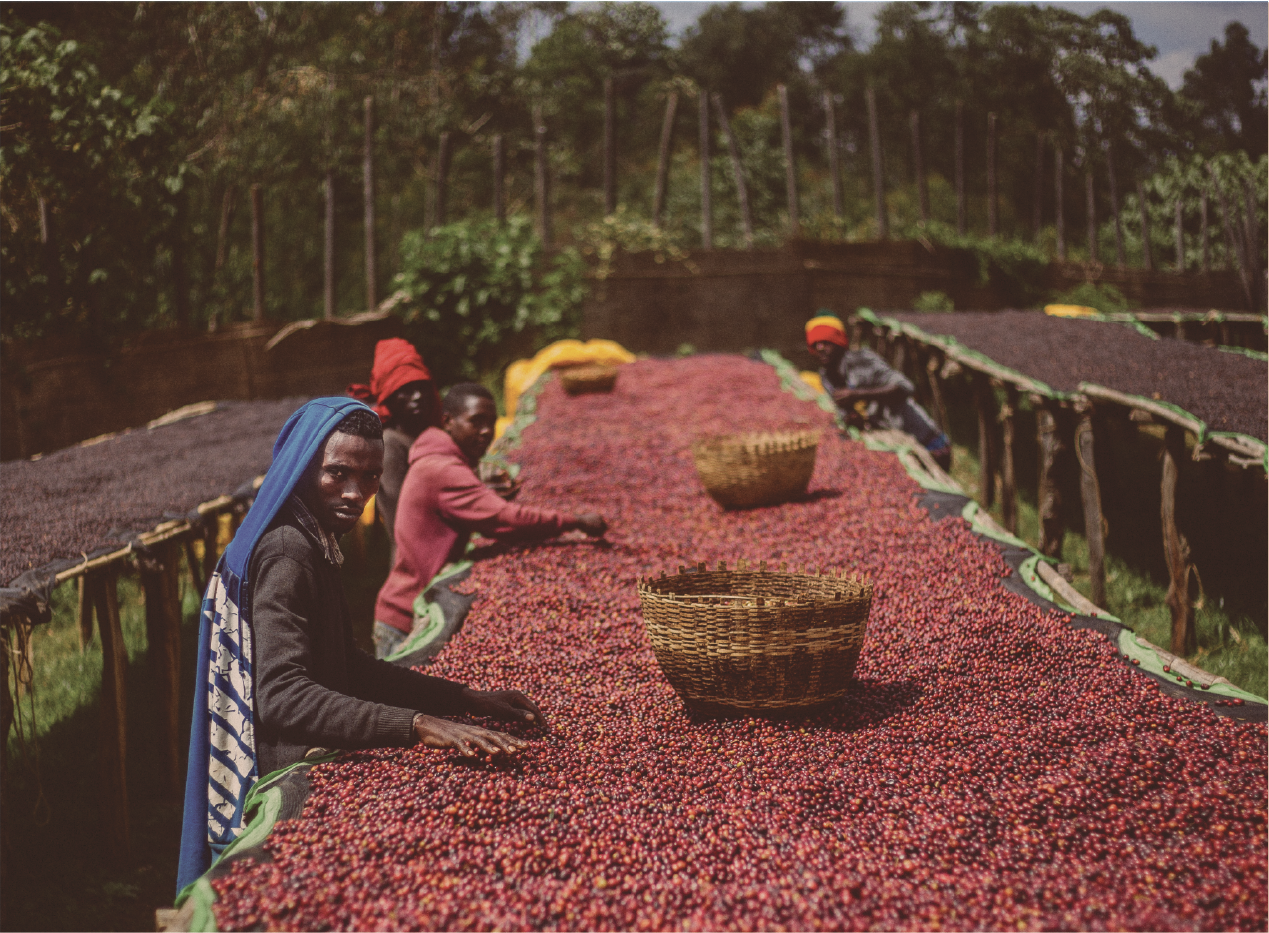 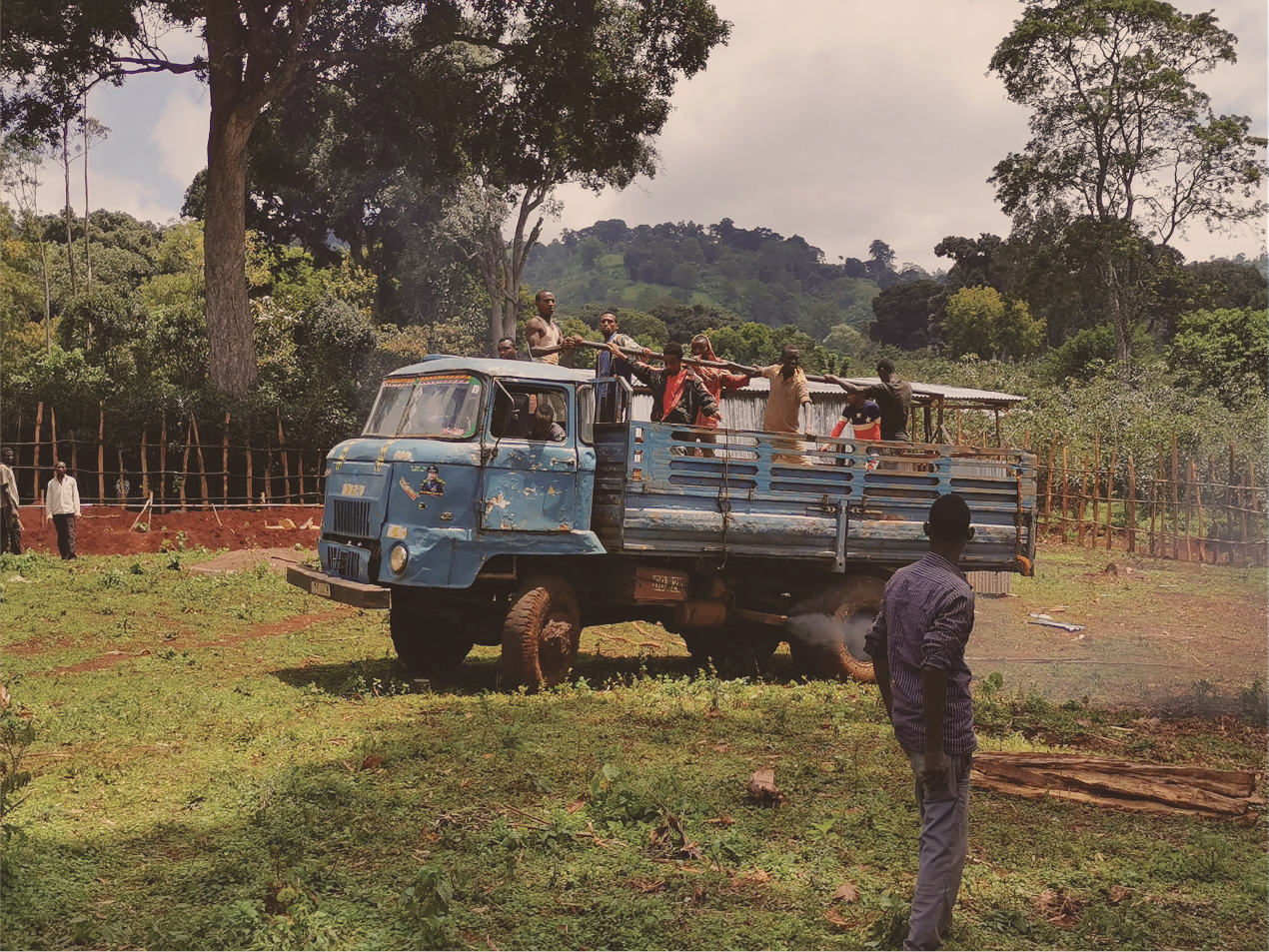 This coffee comes to us by way of our importing partner Osito. The coffee was grown by smallholders near the kebele of Gomoro, in Uraga, Guji and delivered to the washing station, owned and operated by Desalegn Berk Germamise for processing. Most coffee farmers in this area own less than. a hectare of land, and grow coffee along with subsistence crops. This lot is made up primarily of JARC 74112 and 74110 varieties.

74112 is one of six selections that were approved for release in 1974 as part of a CBD-resistance (Coffee Berry Disease) selection program. During the 1970's, researchers from the Jimma Agricultural Research Centre searched the forests in the Illuababora zone for CBD-resistant mother trees. Today 74112 has been widely distributed across most growing regions in the country.

Short and compact with small leaves, cherries, and beans; Gibirinna 74110 is one of the most planted varieties in Ethiopia. The mother tree of this variety was selected in 1974 by JARC in the Metu province for its CBD resistance. After research and development by JARC, it was released in 1979 and recommended for planting in the altitude range of 1,500-2,100 masl.