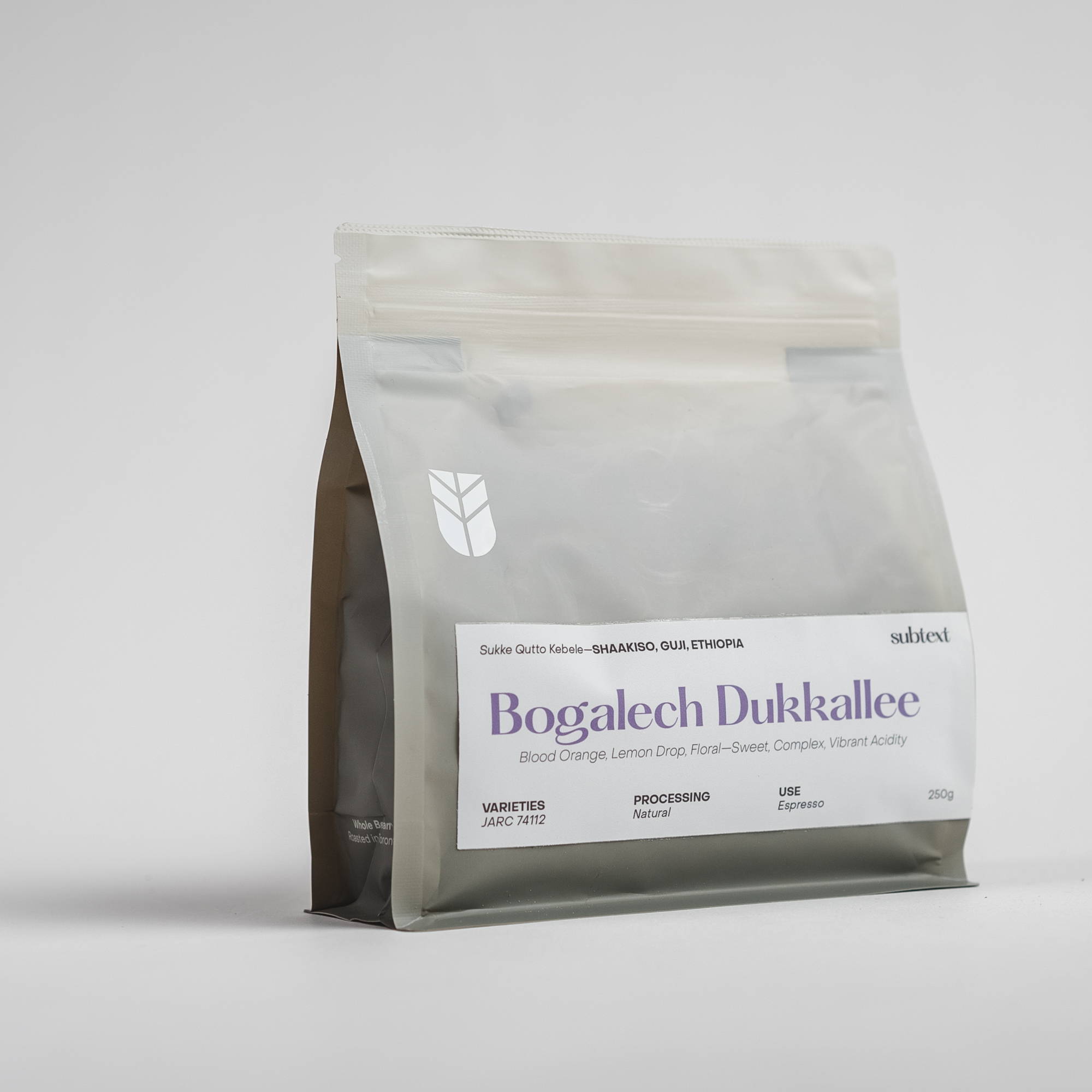 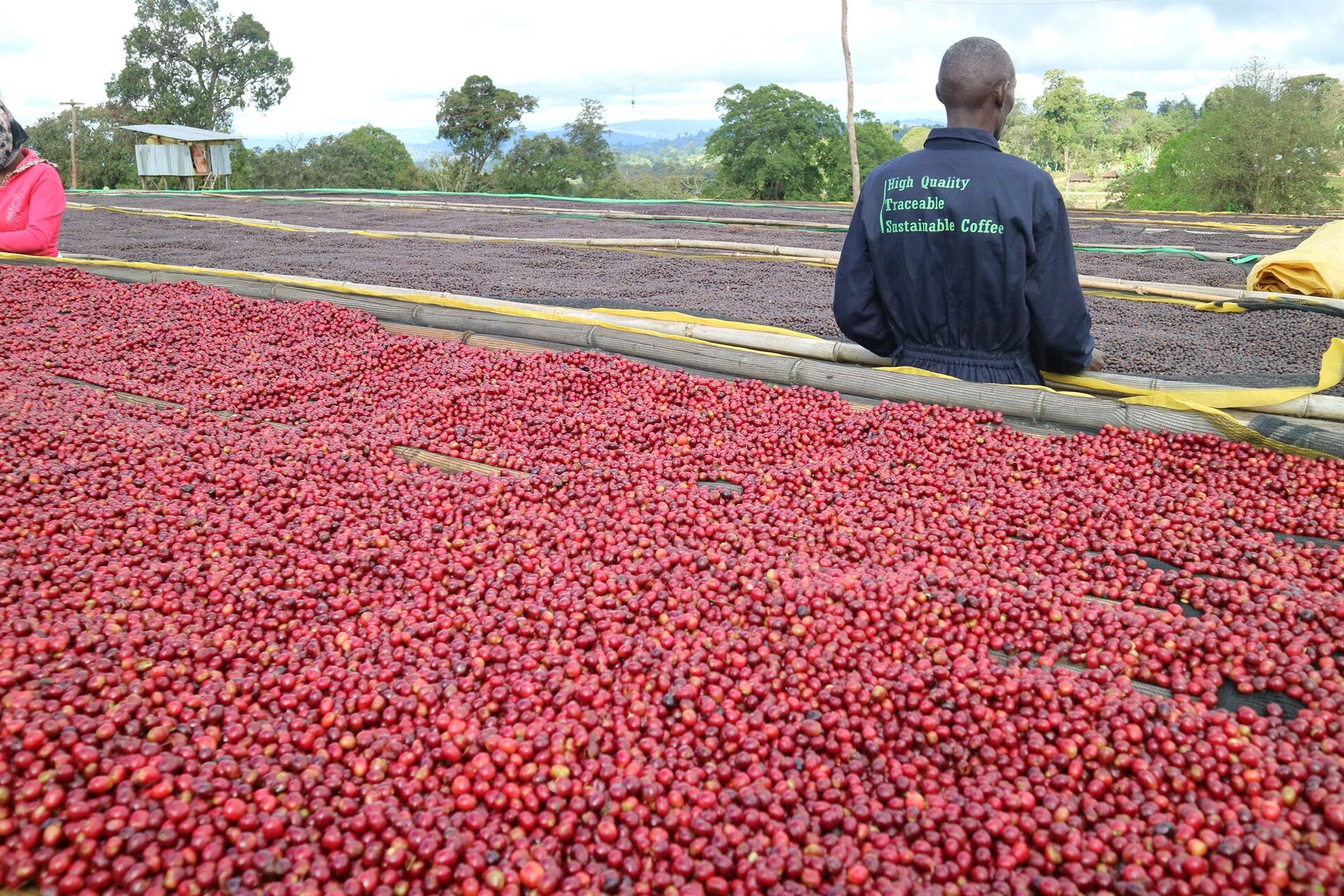 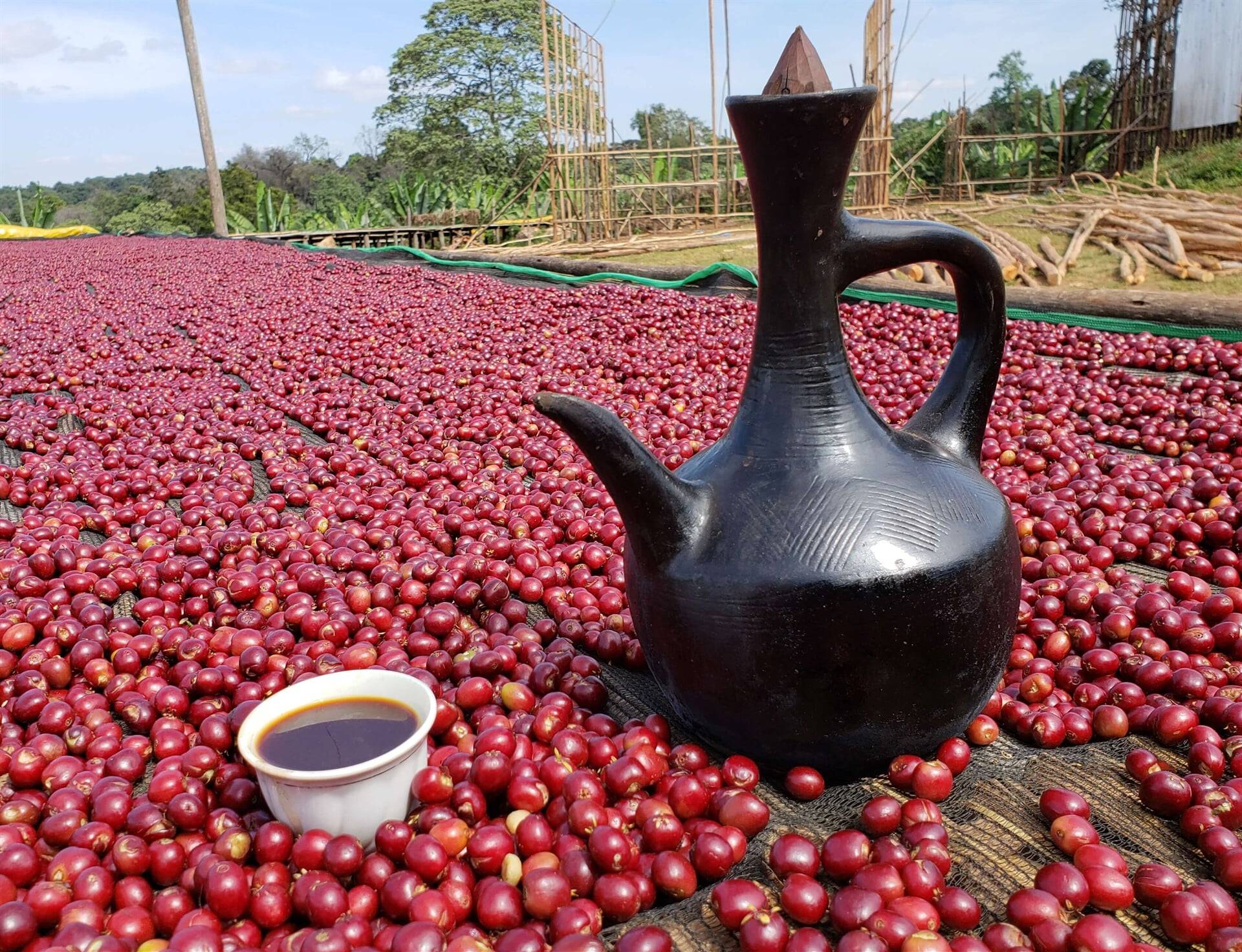 Sookoo coffee is owned and operated by Ture Waji. As a company, Sookoo builds some of the cleanest naturally processed coffees we have ever tasted. We fondly remember two Sookoo lots from last year: Okoluu and Goraa. They often show clear florality and crisp acidity, with little to no booziness. Sookoo is located in Odo Shaakiso, Guji. They source their coffee from surrounding kebeles and have historically named their lots based on the kebele.

This lot is an example of an exciting new project Sookoo has undertaken. Single producer coffees are exceedingly rare in Ethiopia. This past harvest, Sookoo began collecting and keeping separate cherries from some small producers. This lot is from Bogalech Dukkallee, a farmer from the Sukke Qutto Kebele, who grows his coffee under indigenous shade trees at very high elevations of 2000-2100 masl. With this being only the first year of Sookoo's endeavour to bring single farmer Guji naturals to the international specialty market, we are very excited to see how this project grows in the future.

This famous coffee growing region is known for its rich, volcanic soil. High altitudes, bi-modal rainfall patterns and dry weather which allows for coffee to develop slowly and consistently here.

74112 is one of six selections that were approved for release in 1974 as part of a CBD-resistance (Coffee Berry Disease) selection program. During the 1970's, researchers from the Jimma Agricultural Research Centre searched the forests in the Illuababora zone for CBD-resistant mother trees. Today 74112 has been widely distributed across most growing regions in the country.

Dried on raised beds for 21-28 days in very thin layers. The cherries are moved and rotated frequently to ensure even and precise drying.