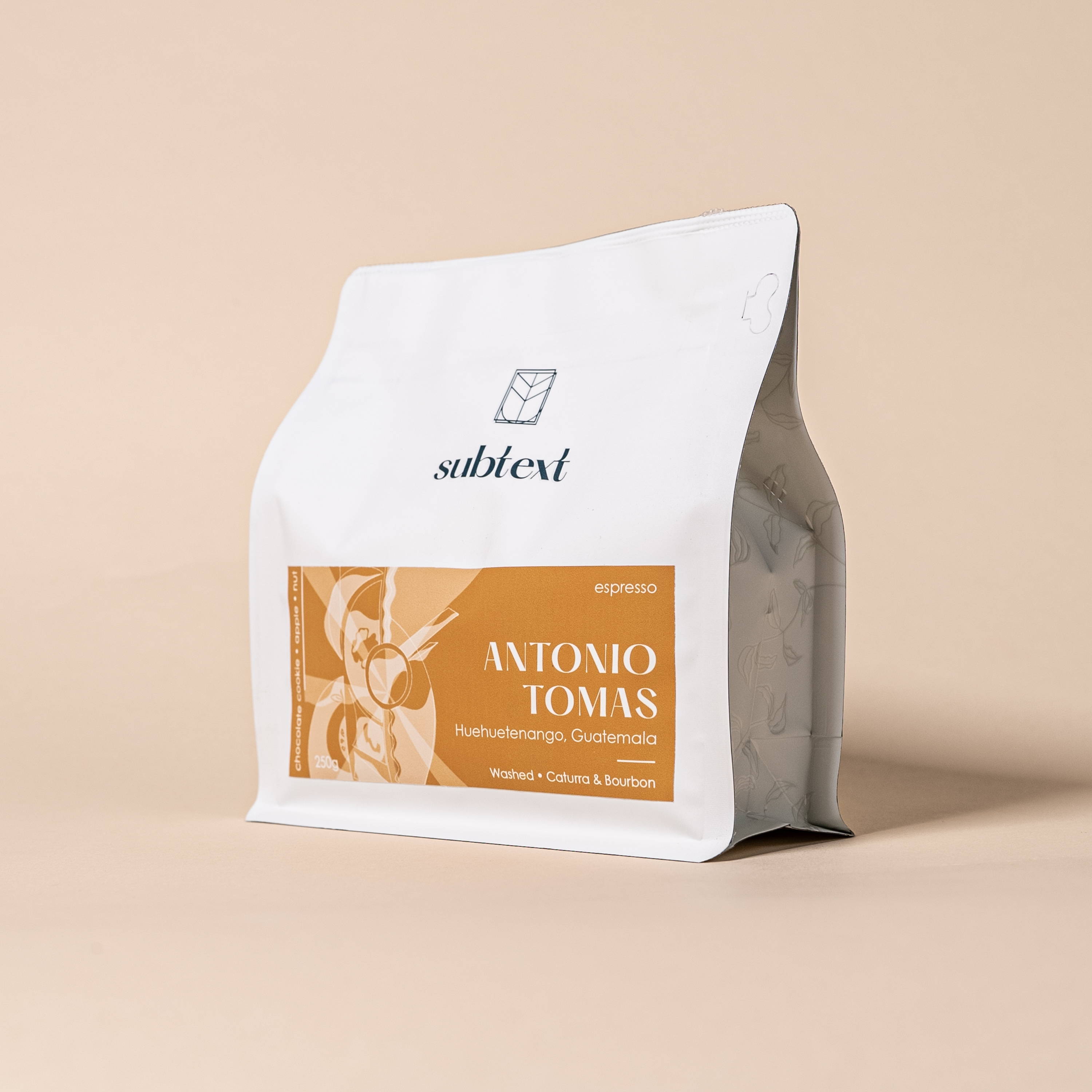 Antonio's washed Caturra and Bourbon is a beautiful representation of the coffee of Huehuetenango; red apple, and dried citrus are layered over sweet notes of candied almond. 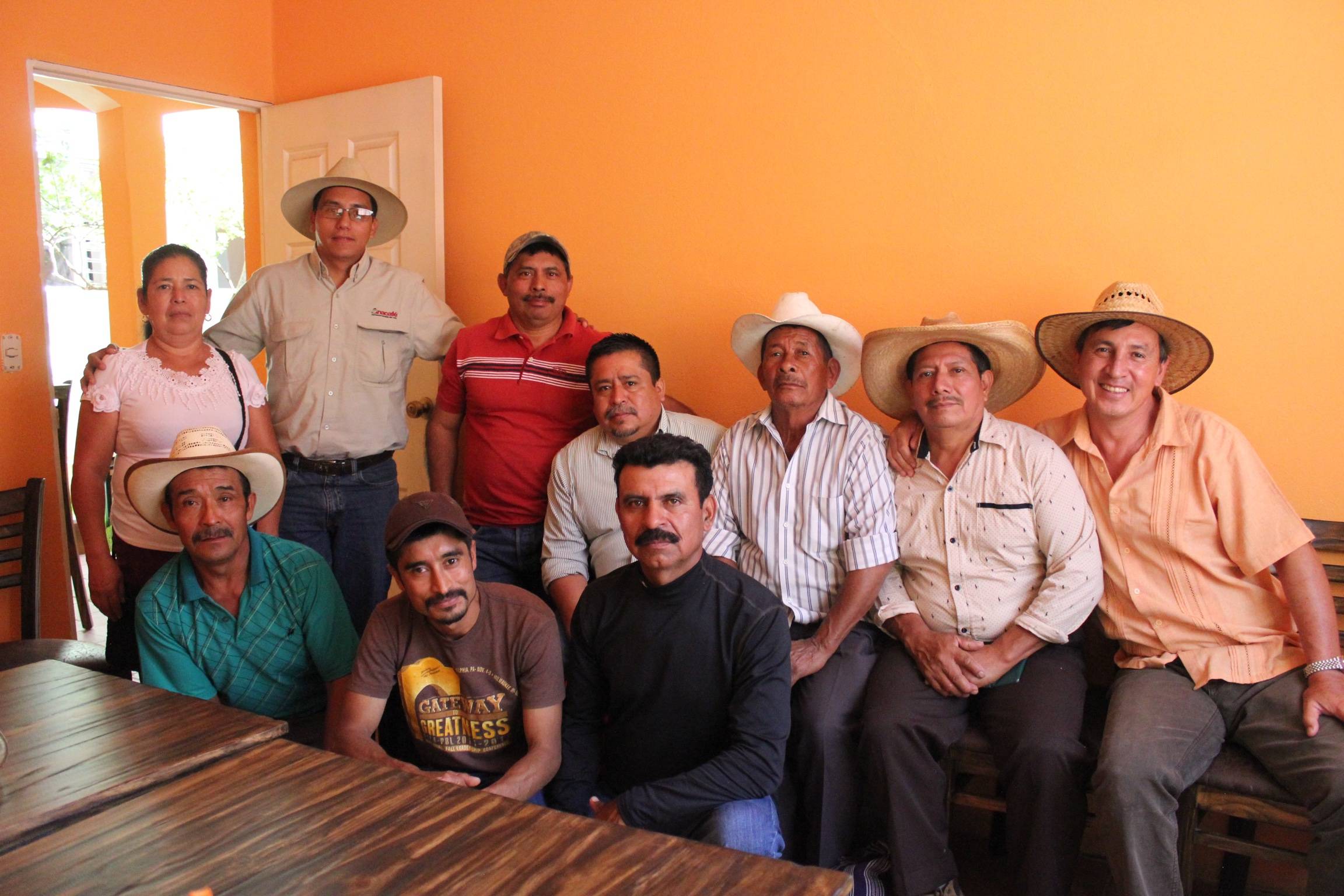 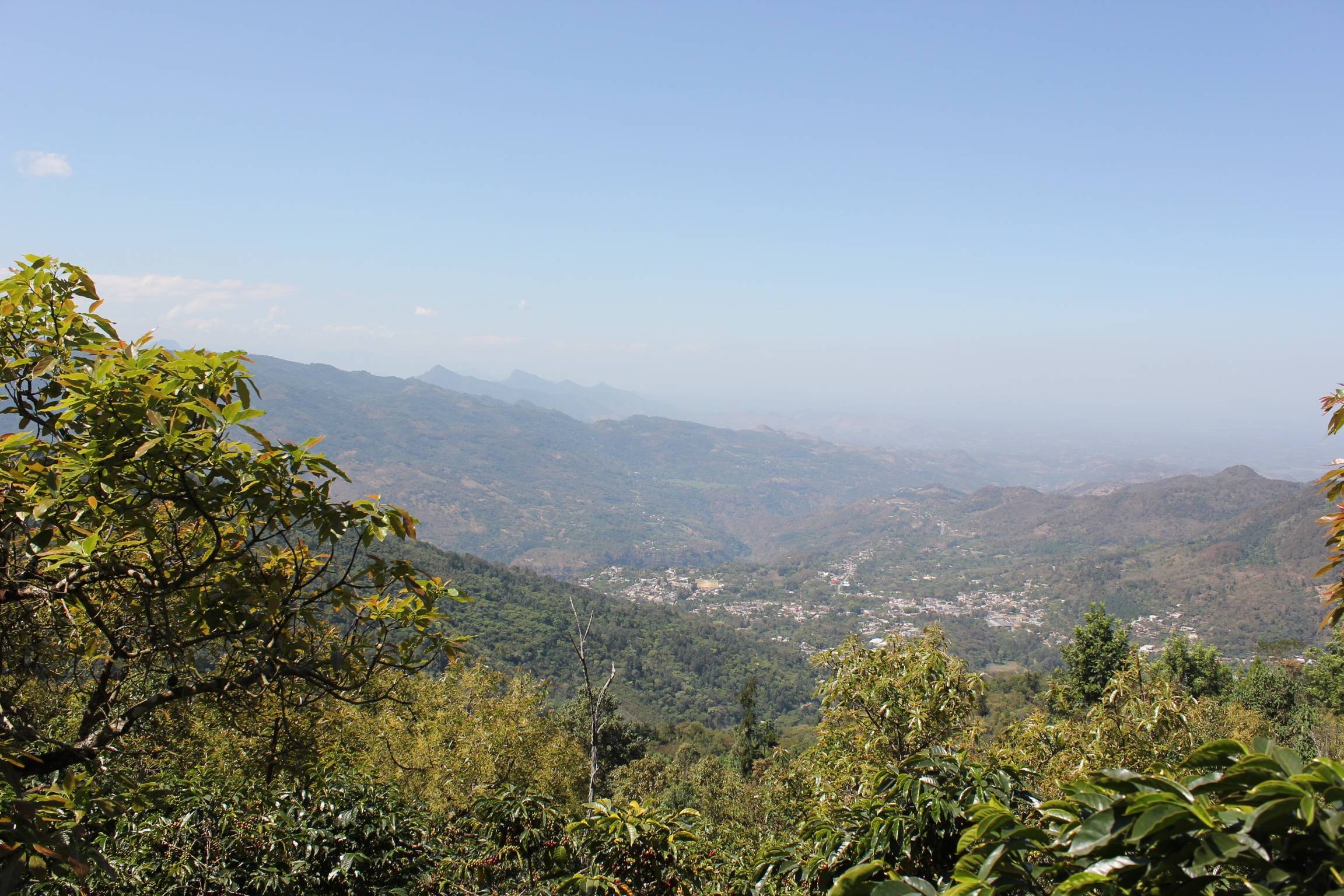 Antonio Tomás own and operates his own farm, Buena Vista Los Duraznales in San Antonio Huista, Huehetenango Guatemala at 1550 masl. Antonio has begun to move towards more organic farm management, decomposing coffee pulp to create nutrient-rich compost for his soils. He also chooses to purchase organic fertilizers and manually cuts back herbs and weeds using a machete instead of opting for herbicides. On top of these efforts, this year, he has focused on shade management, his farm is planted with chalum, grevillea and some fruit trees including lemon and peach. Los Duraznales actually means the peach patch, so the return of a handful of peach trees means Antonio’s farm is beginning to live up to its destiny.

Antonio is not alone in his push towards more ecologically-minded farm management. He is a member of ASIAST, a co-operative of smallholders focused on implementing environmentally sustainable farming methods in order to combat the effects of climate change, improve quality, and access final buyers. Our importing partner Shared Source was the very first importer to buy directly from the group.

Huehuetanenago is the highest and most dry of the non-volcanic growing regions in Guetamala. The region is blessed with hot winds that are blown up from the Tehuantepec plains, protecting coffee plantings from frost. In turn, this allows coffee in Huehuetenango to be grown at very high altitudes of up to 2,000 masl where coffee cherries can develop slowly.

Bourbon takes its name from Bourbon Island (now La Réunion), where it was introduced by French missionaries who had taken a few coffee seeds from Yemen in the 1700's. Along with Typica, Bourbon accounts for the basis of most of the world's coffee production today which is made up of Bourbon and Typica descendant varieties. Bourbon is known for its high-quality potential, susceptibility to disease and relatively low yields.

Antonio's coffee is processed using traditional tank fermentations- first de-pulping, then allowing the coffee to ferment with a small layer of fresh water on top, changing the water every twelve hours, and fully washing when the coffee is ready (he knows when it’s ready based on the way the hard parchment sounds when rubbed together). For slow and even drying, he dries parchment in slightly thicker piles that are raked and rotated regularly, to keep it protected from the harsh sun.