Back for the second year in a row we have coffee from producer Rosendo Domingo in Huehuetenango. This year, Rosendo's washed lot of Caturra and Pache tastes sweet and round with notes of pear, nougat, and milk chocolate. 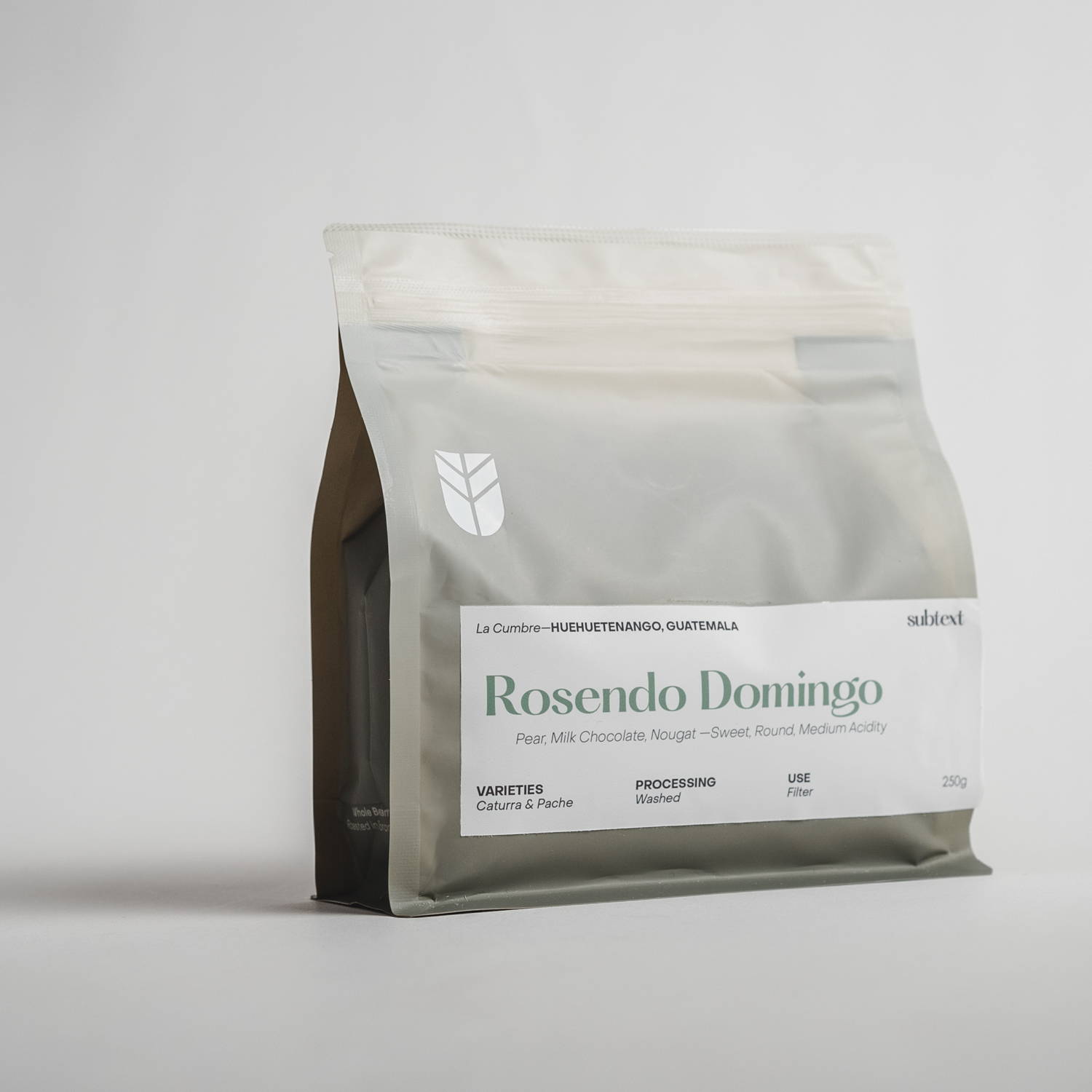 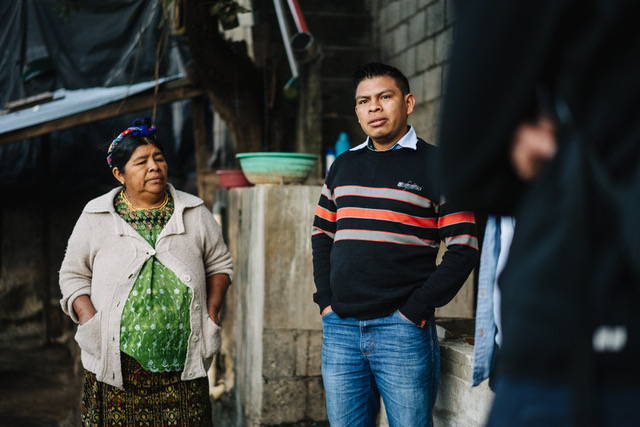 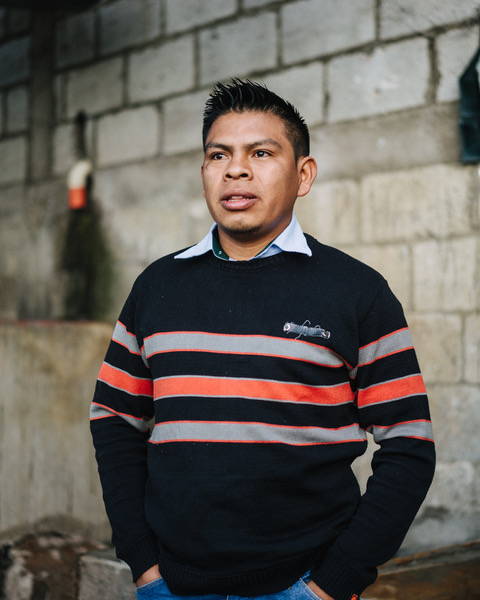 Rosendo Domingo is a second-generation coffee farmer who owns a few small parcels of land in Petatán, Huehuetenango. His family began producing coffee some 30 years ago, and Rosendo himself trained as an agronomist. This combination of agronomic training and a long background in coffee production allows him to effectively put into use best practices on his farms. La Cumbre is one such farm, which refers to the parcel's location at anhigh point near the town of Petatán. In the near future, Rosendo plans on refining his washed process and looking into the possibility of natural and honey processing on his farm.

“My parents started with coffee production about 30 years ago. Before this our family had a very low income but after we started to receive harvests, coffee was able to give us a better life”, Rosendo explains.

It was this small size- allowing for more trees to be planted closer together- that led to mass selections of Caturra being made by the Instituto Agronomico (IAC) of Sao Paulo State in Campinas in the 1930’s. Caturra then made its way to Guatemala during the 1940’s and then was widely adopted in the 1970’s by the rest of Central America, where it is now one of the most economically important varieties. At high altitudes Caturra has strong quality and yield potential but unfortunately, is quite susceptible to disease.

Originally discovered in Santa Rosa, Guatemala in 1949, Pache is a natural mutation of Typica with a single gene that causes dwarfism, allowing it to be planted in greater density and achieve higher yields. With good quality potential at high altitude, Pache is unfortunately highly susceptible to Coffee Leaf Rust, CBD, and Nematodes.

Only the ripest cherries are hand-picked and then de-pulped the same day. Then, the coffee is fermented in water for 36-40 hours before being washed in clean water. Finally, the coffee is dried on the patio. For the first hours of the drying process the coffee was left in thick layers to lower the humidity and then rested in 5mm thick layers in sun for five days to reach 12% humidity for exporting.