The Coffee of Burundi

There's a growing region few people have tasted coffee from or even heard of, yet it has, as of late, produced coffees that are bright, nuanced, deeply flavourful and captivating; and arriving at a time of the year usually thought to be one of the toughest for vibrant, flavourful, and fruity offerings. Enter Burundi, a small, landlocked country located in the Great Rift Valley that shares borders with Rwanda, Tanzania and the Democratic Republic of Congo. As a coffee-producing region, it is still relatively new to the specialty coffee scene, nonetheless, in our opinion, Burundi produces some of the most exciting and unique flavour profiles.

These profiles share some similarities, as one would expect, with those of neighbouring countries. The brooding dark fruit and structure of Kenyan coffee; the black tea and red berry of coffee from Tanzania, and the balancing earth and zested citrus from Rwanda. 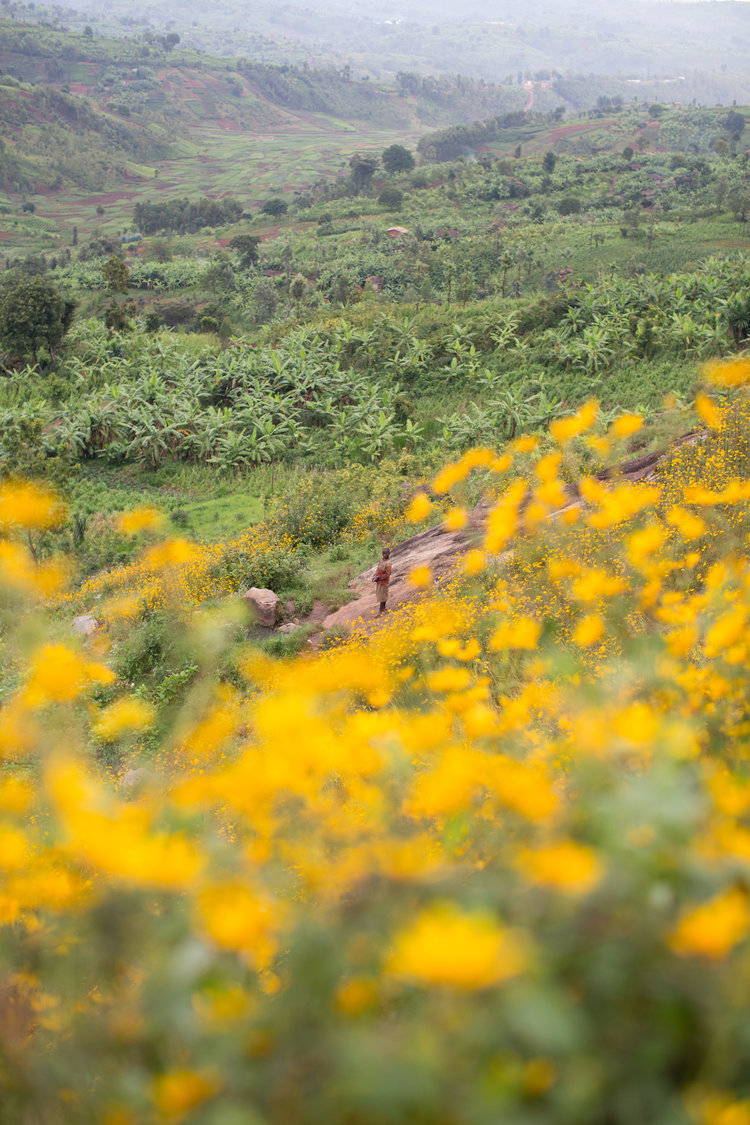 Great coffee is difficult to produce anywhere, but the quality we're starting to see in Burundi is truly inspiring given the economic and sociopolitical hardship experienced there. Burundi ranks in the bottom 10 countries in Africa, and indeed the world, in terms of development.1 Throughout the 1990s, Burundi was mired in civil war.2 As the country emerged from that conflict in the early 2000s, it looked to the success of neighbouring Rwanda’s coffee sector for inspiration. While Burundi had a history of coffee farming, it was one of deep inequality and harsh exploitation. Under Belgian colonial rule, Burundian farmers were forced to grow a minimum of 50 coffee trees each, to help satiate Europe’s thirst for coffee.3 Upon gaining independence in 1962, the production of coffee was privatized for some time, before being taken over by the state in 1976. The sector largely remained under state control until 2008, when reforms lead by the World Bank allowed for private businesses and co-ops to own mills and processing stations.4

Today, these washing stations and dry mills are an integral part of the Burundian coffee industry and the Burundian economy as a whole. Agriculture makes up roughly 30% of Burundi’s GDP, and coffee is the top cash crop and agricultural export.5 With the majority of Burundian coffee producers farming small coffee gardens, their cherries are sold onto these stations for processing. As a result, much like in Kenya and Rwanda, traceability in Burundi only tends to go as far as the station level, with coffee being brought to market under the name of the station where it was processed. These lots are made up of coffee collected from the many smallholders in the hills surrounding the station.

Take one of our new Burundian offerings, Ngogomo as an example. The Ngogomo Central Washing Station (CWS), is one of the principal washing stations in the province of Muyinga. It serves 1,800 farmers who reside on 18 different hills. Ngogomo CWS employs strict quality control measures through sorting, de-pulping, fermentation and drying. Upon arrival at the station, cherries are de-pulped within six hours. At this point, the cherries are separated by density. Next, the coffee is fermented in water from a nearby stream. This stage is monitored regularly by agronomists to ensure proper fermentation time. Next, the coffee is placed into washing canals where they flow through wooden bars that are spaced across the channel to stop beans of specific densities, resulting in the separation of seven different grades. Lastly, the coffee is dried slowly for 2-3 weeks until it reaches a moisture content of 11.5%. All the while, pickers inspect the coffee by hand for defects that may have been previously missed. 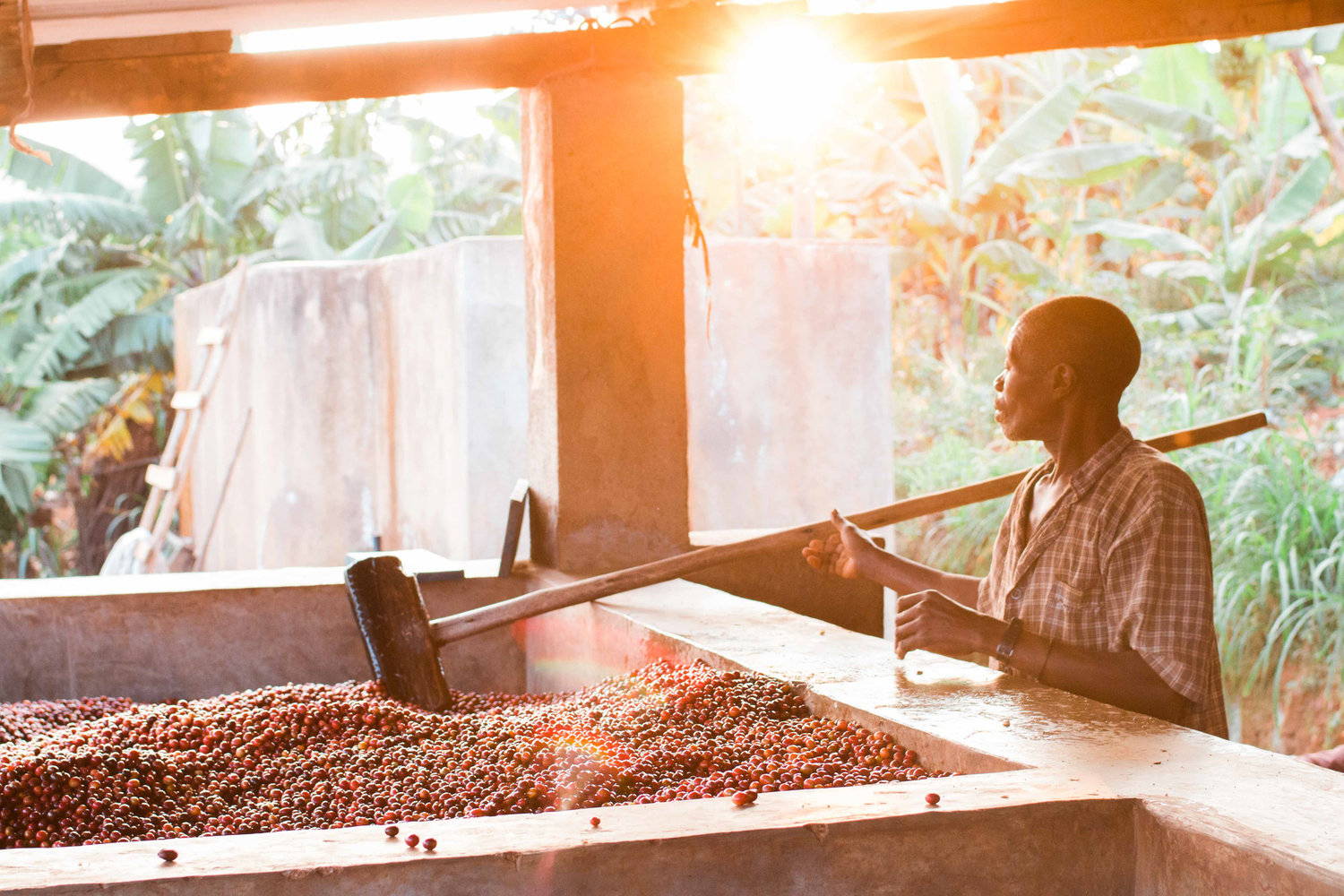 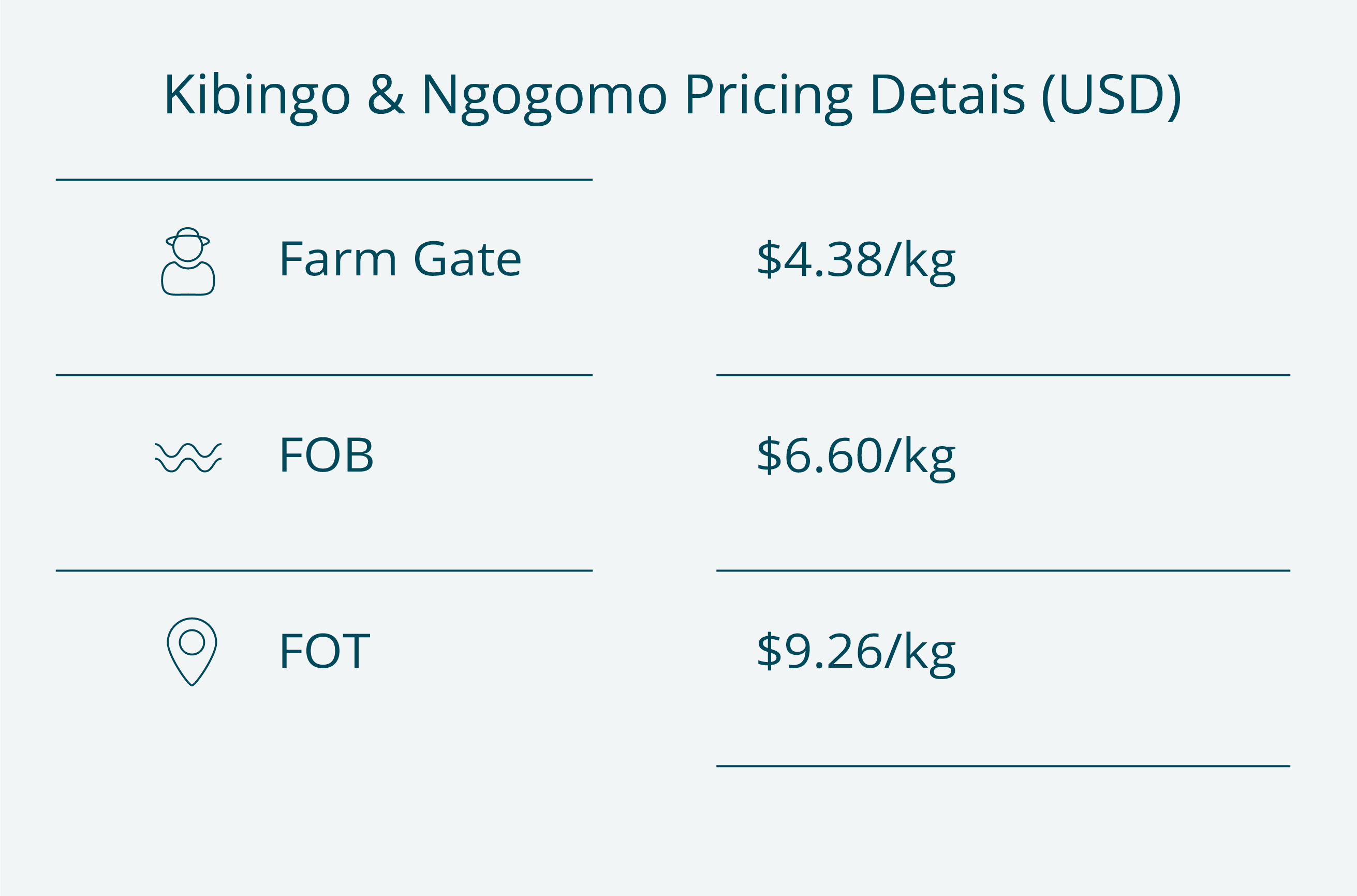 Today, the minimum price for coffee cherries is controlled by the government. Still, many challenges persist that affect the ability of smallholder farmers to make ends meet. Inadequate infrastructure, ageing rootstock, unpredictably wet harvest seasons and access to bank loans are just a few examples.6

Being a landlocked country means coffee has to be transported overland to port in Tanzania or Kenya . With very poor road conditions, fuel shortages and the possibility of vehicular breakdown, and the need to cross one more land borders to get to port there is always the looming possibility of delays which could affect the quality of the coffee.

With most farmers working such small plots of land there is a growing problem with ageing rootstock. Many farmers own trees that are over 50 years old. While coffee plants can live for upwards of 100 years, they are most productive between 10 and 20 and as they continue to age, yields diminish. Given small plot sizes, it can be hard to justify taking trees out of production for the three to four years it would take for a new planting to begin to yield.7

As in many other coffee producing countries, climate change is having considerable effects on coffee production. In Burundi, an example of this is that harvesting seasons have become increasingly wet. This poses problems for the drying process, which when not controlled properly, can result in mould, possible taste defects, and lower prices.

An additional challenge faced in Burundi, as well as Rwanda, the DRC, and Uganda, is the infamous potato defect. This is exactly as it sounds, a defect which causes an unmistakable raw potato aroma and flavour in affected seeds. We know that this flavour is caused by IPMP, a pyrazine that is also responsible for “the earthy and potato flavours in wines, grapes, and mustard plants.”8 Exactly why this pyrazine occurs in certain cases is not known.9 Research suggests that the defect occurs in seeds that have been attacked by bacteria. It is believed that a local insect bores tiny holes into the cherry, allowing the bacteria to enter. One theory is that the plant produces IPMP as a defensive mechanism against this invasion. Other studies have noted that the insects themselves seem to contain IPMP themselves. While attentive handling and diligent sorting has been found to reduce the occurrence of the defect, unfortunately, it is not possible to directly detect the defect in the green, unroasted coffee, and it only becomes readily apparent after roasting and grinding.

The good news is that a defective cherry is just that, a single cherry. The defect does not affect the whole tree. If you do grind your coffee and notice a potato aroma, your best option is to simply compost the grinds and grind another dose! While the defect will taint the flavour of a brew, an instance of one defective bean will not transfer any of its potato flavour to the rest of the coffee in the bag. 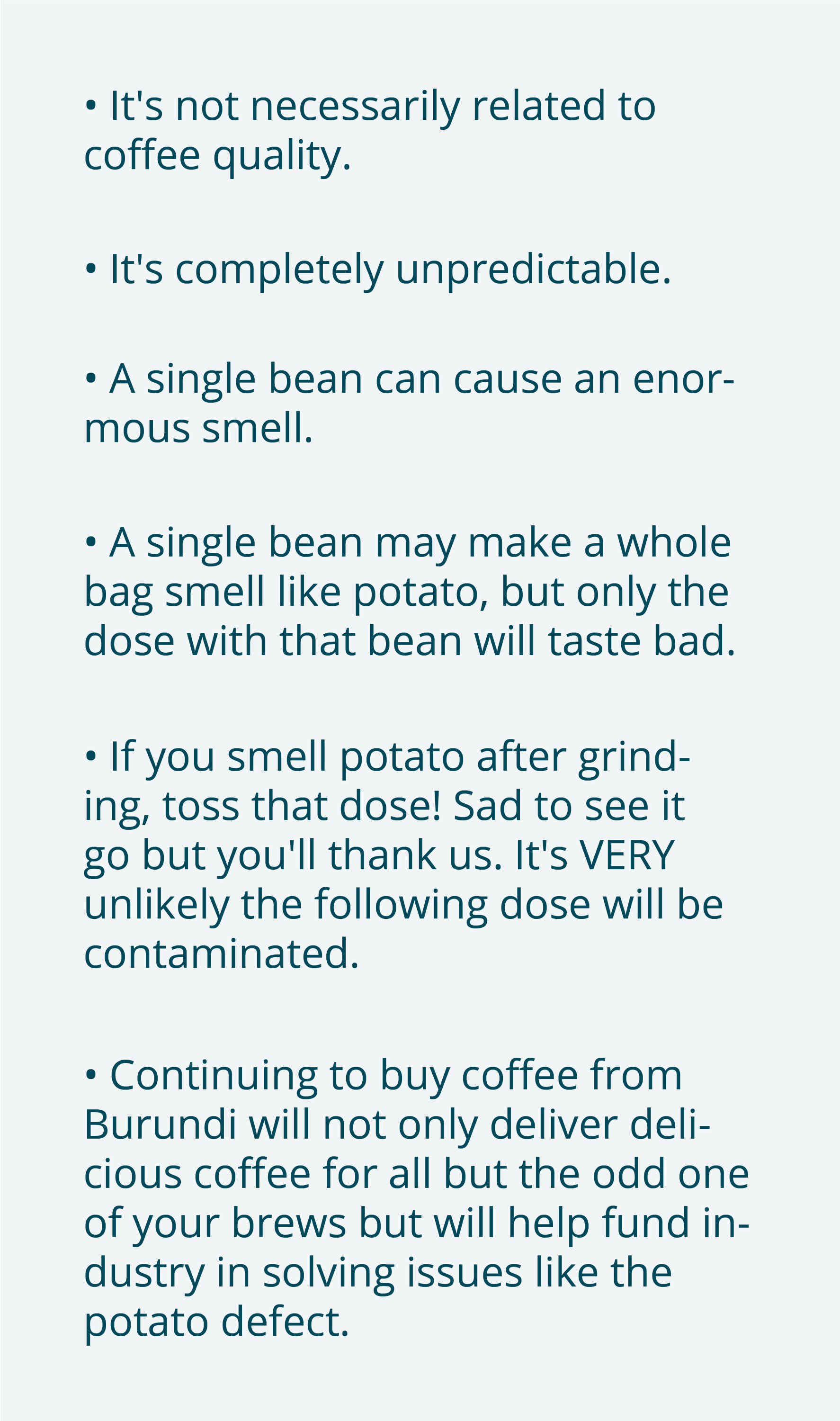 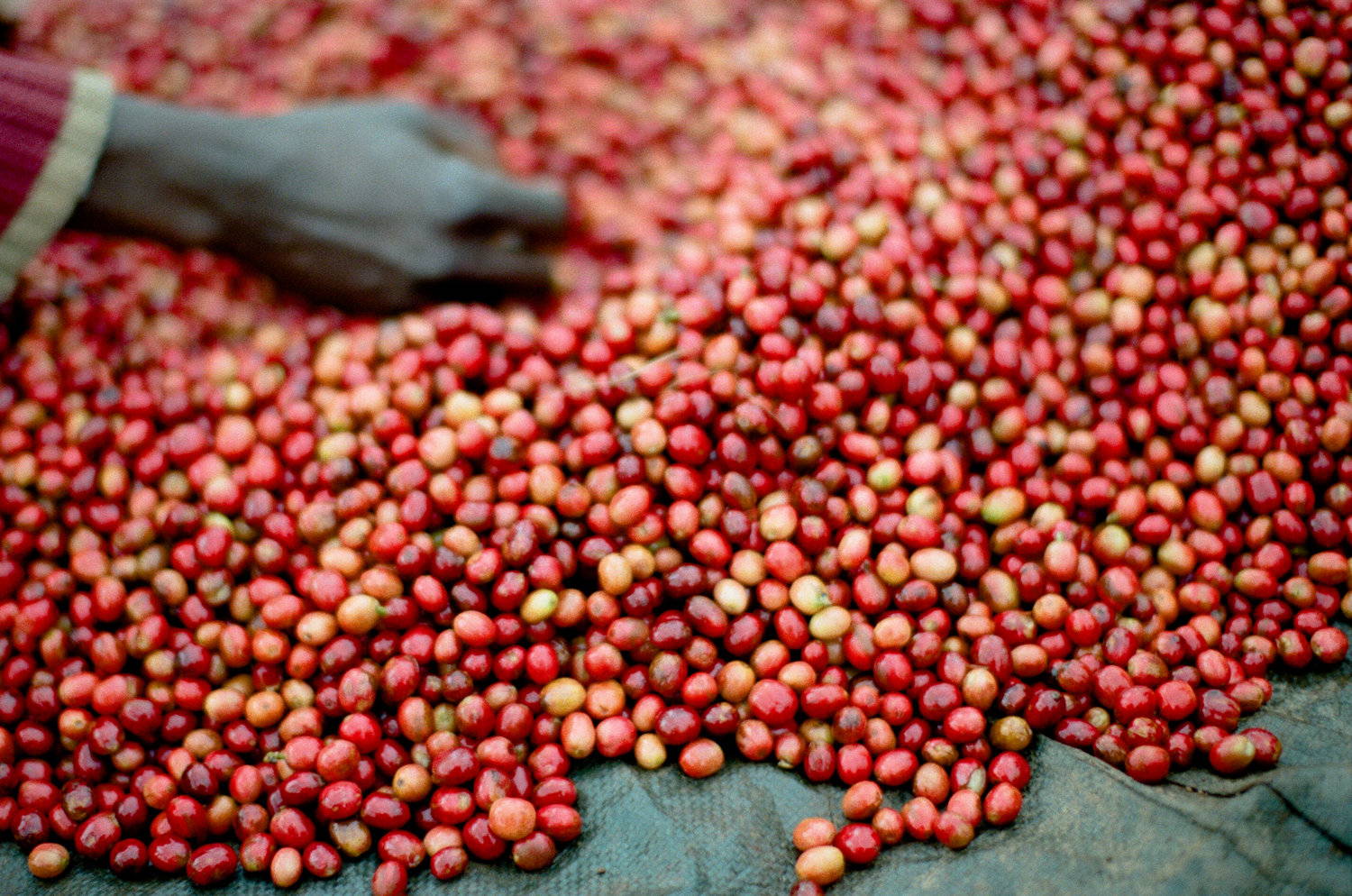 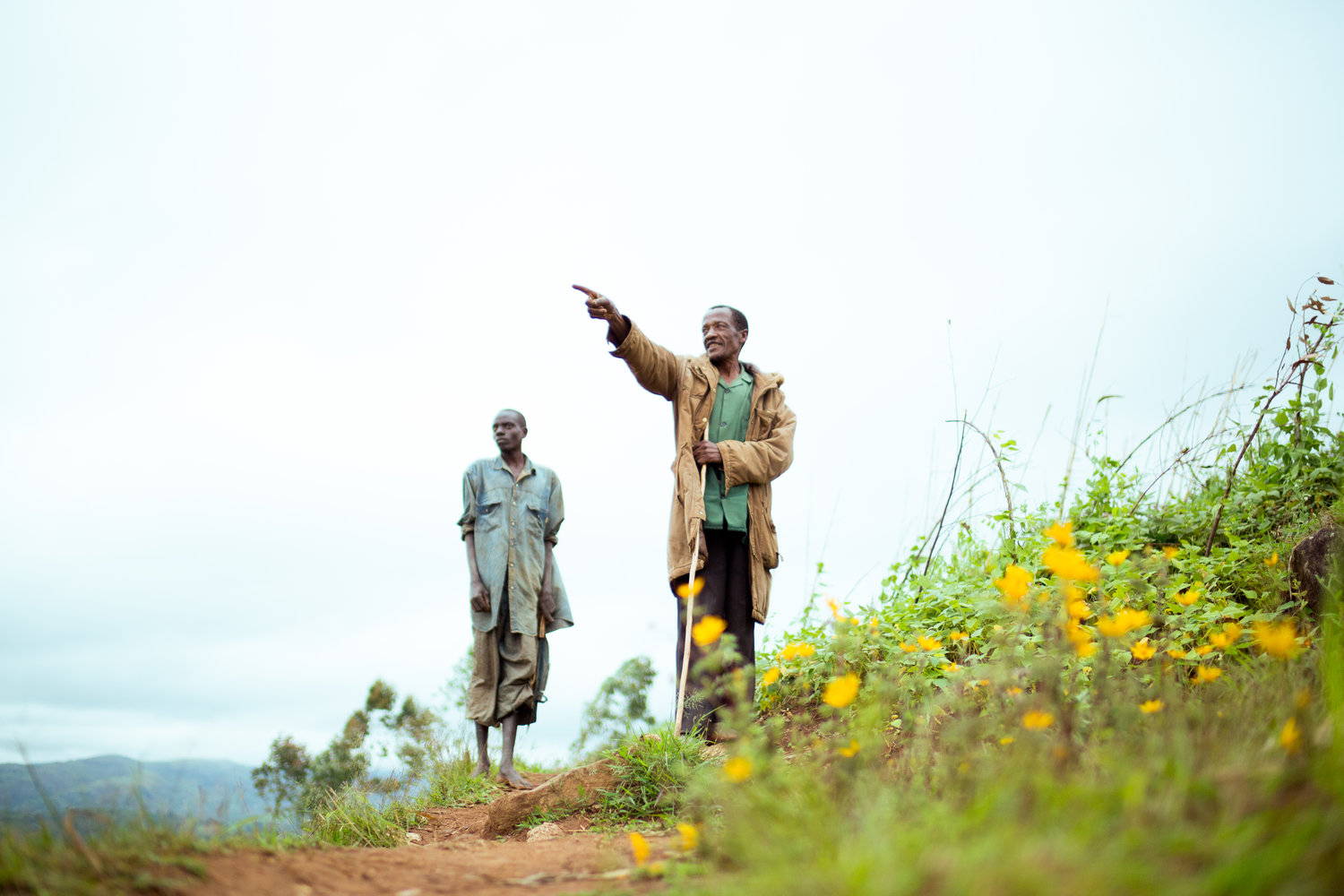 Despite the many challenges facing coffee production and coffee farmers in Burundi today, we have seen more and more high-quality coffee reaching us year after year. There are organizations on the ground in Burundi that work, not only to improve coffee quality but also to secure better wages, and quality of life for coffee farmers, their families and communities. The aforementioned Washing Stations are key in this regard. Not only do they purchase and process coffee, but they are often involved in programs that do things like provide subsidized coffee seedlings, fertilizer, and livestock.

Another key player in recent years, and a longstanding partner of CCS, our importer in Burundi, has been Long Miles. Long Miles was established in 2011 with the goal of improving farming practices and livelihoods in the newly re-privatized coffee industry. At the same time, they aim to improve “roaster access to consistently great coffees from Burundi.”10 They have started a number of washing stations that now work with 5,500 smallholders to bring their coffee to market. Among Long Mile’s projects is Coffee Scouts. These scouts are a team of young Burundians who are dedicated to finding “innovative and home-grown solutions to fight the threat of potato defect, mitigate the effects of climate change on soil health and empower farmers with the tools they need to produce quality coffee.”11 If you want to read more about the Coffee Scouts program and Long Mile’s other work, you can visit their website here.